Today Chairman Tihomir Kamenov expects to receive a response to his question to President Donald Trump, published on his Twitter profile:

“President Trump, (we met 20 years ago) now, after one year in power, America is great again – safe and prosperous. (In the circumstances) When, Mr. President, and how we, together with Europe, will be great and greater? Delivering on Friday a non-cryptic answer to this question, Mr. President, will make you truly and highly respected internationally long term.”

As expected, the question provoked widespread interest among the record number of participants in the forum. 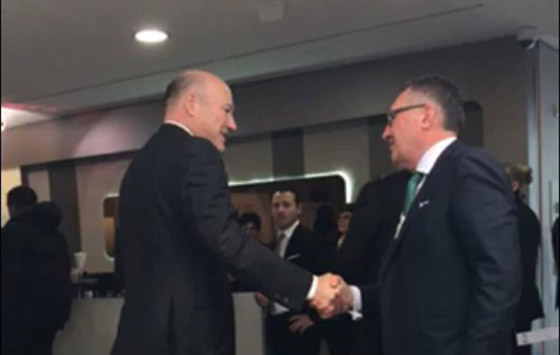 Gary Cohn, Chief Economic Advisor to President Trump and architect of the big tax reform in the USA, former Goldman Sachs president (until 2017) and Tihomir Kamenov, Chairman of Commercial League, during the World Economic Forum in Davos. 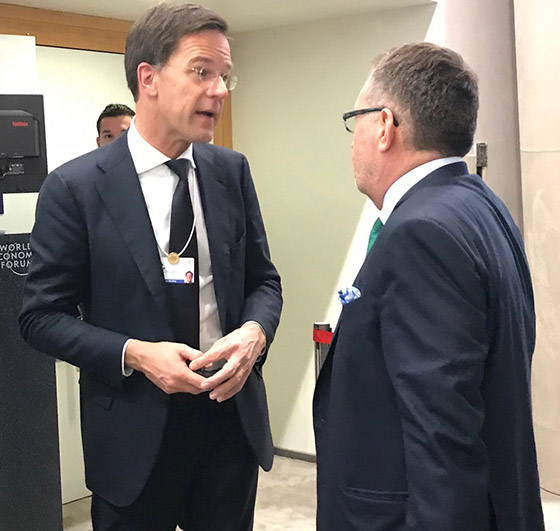 Schengen is close to home country Bulgaria: the Prime minister of the Netherlands, Mark Rutte and Tihomir Kamenov, Chaiman of Commercial League. 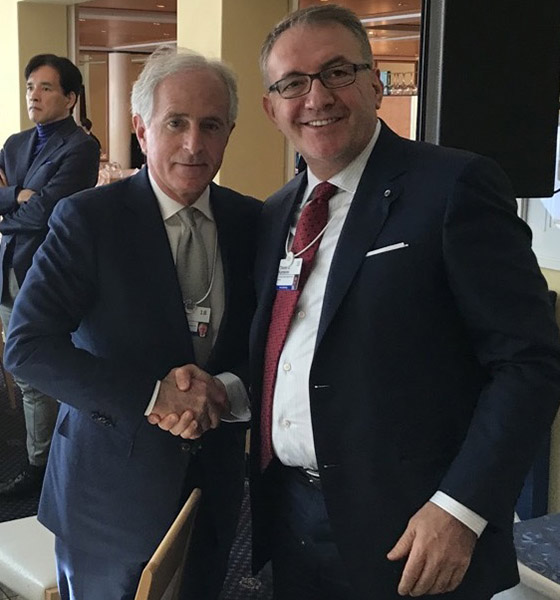 Bulgaria becomes more and more important for East-West: US Republican Senator Bob Corker, Chairman of the Senate’s Committee on Foreign Relations, together with Tihomir Kamenov, Chairman of Commercial League. 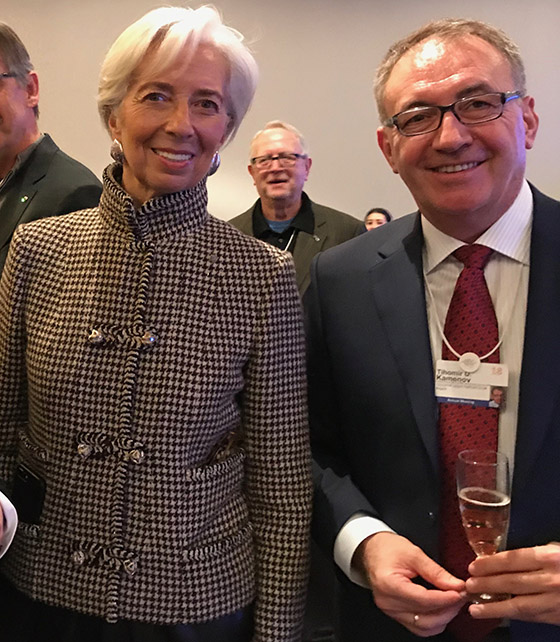 A long friendship with Christine Langarde, CEO of the International Monetary Fund