The President of Commercial League took part in a historic high summit meeting regarding the Advancement of long-term development of Eastern Balkans. This has been the only assembly organized for prime-ministers for the last seven years.

Among the discussed issues were immigration,socioeconomic problems and how Balkan states should improve their long-term partnership in order to assert the security and stability in the region.
Prominent  people who  took part in the discussion were Jeffrey Feltman (UN  under secretary  for political affairs), Johannes Hahn who served as European commissioner for European neighbourhood policy and enlargement negotiations, Dushko Markovic – the prime minster of Montenegro, Andrej Plenkovic – the prime minister of Croatia, Edi Rama the prime-minister of Albania, Hashim Thaci the president of Kosovo, Aleksandar Vucic the president of Republic of Serbia, Zoran Zaev the prime minister of Macedonia and the Bulgarian prime minister Boyko Borisov.

The meeting was confined by Tihomir Kamenov who outlined “Everyone has to love their country and our country is called Europe. Balkans are united both in economic and emotional bond. We stand together as people – we have common future, we have to work together to achieve productivity,competition and delivery of GDP”. 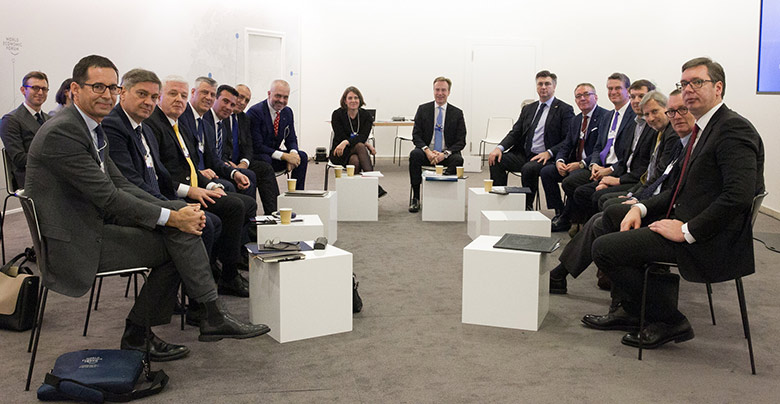