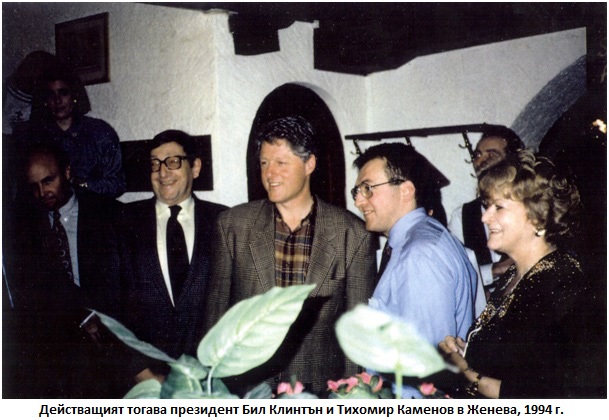 He intends to donate one million levs in a private capacity

On the last day of President Bill Clinton’s Global Initiative, which brought together leading business organizations, heads of state, Nobel laureates and NGO leaders in New York, Bulgarian entrepreneur Tihomir Kamenov announced his intention to establish the ‘Mom and I’ Foundation.

The main goal is to support the diagnosis and treatment of mothers and children, including complications and rare diseases not covered by the mandatory health insurance or voluntary health insurance in Bulgaria. Another important task of the Foundation will be to support young Bulgarian doctors with outstanding scientific interests to specialize in world-leading maternal and child health centers in the United States and Europe.

The Bill Clinton’s Global Initiative was launched in 2005, with the Chairman of the Commercial League Healthcare, Insurance and Pension Group among the founding members. Kamenov received a personal invitation from the US president, and the two met in 1994 and inseparably shared common values. To date, members of the initiative have implemented more than 3,700 projects that have changed the lives of more than 435 million people in more than 180 countries.

Dedicated to public causes, the companies of the Bulgarian entrepreneur, who has never privatized anything, have succeeded in transforming the society for more than three decades. The group works in a highly competitive environment to improve the quality of healthcare services and extend life by improving Bulgarian patients’ access to high-tech healthcare.