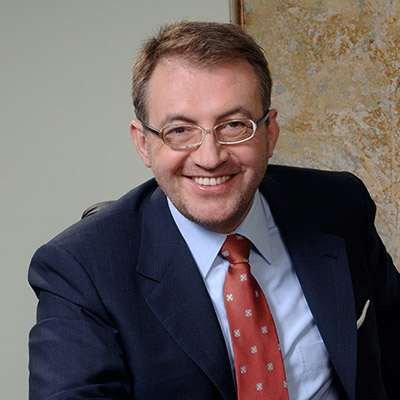 Tihomir Kamenov is the Founder and Executive Chairman of the Supervisory Board of Commercial League Global Pharma Center Inc., the widest-reaching and most influential healthcare group on the Balkans. He has also served as the President of the Managing Board of Commercial League Sourcing Company AG, Zug, Switzerland from 2000 to 2009 and General Manager of Pharmaceutical League Inc. Alexandria, VA, USA from 1999 to 2001.

A founding member of the Clinton Global Initiative and member of the World Economic Forum since 2004, Mr. Kamenov is the sole representative of Bulgaria at the forum and other international organizations, including the European House Ambrosetti.

Mr. Kamenov is an outspoken anti-corruption activist and advocate for healthcare reform in Bulgaria as well as for integrated financial and healthcare sectors in the European Union. As keynote speaker and special rapporteur for many international symposia, his views have been influential in Europe and the USA. His achievements and analysis have also been featured in numerous national and international media including Forbes Magazine, The International Herald Tribune and the New York Times.

Mr. Kamenov has received a plethora of awards including Person of the Year 1999, Businessman of the Year in 2002 and Charity Heart of Bulgaria 2002.